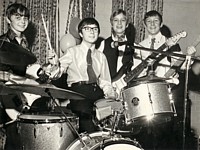 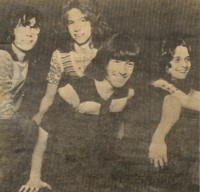 In 1968 Bob Bradbury formed a band called The Flashback Berries. Based in North London with members Robert Clark, Alan Osborne and Kevin Munn. They were a mime group, miming to songs using wooden instruments made by Bob's Dad, Vic Bradbury.

The same year later in Bob formed a band called The Age with the help of friend Mick Raftery. Mick introduced Bob to Jeff Allen, who became the drummer and they got a school mate, Keith Marshall, along to play guitar. Bob taught them their instruments then they rehearsed and did many gigs throughout 1968 & 1969. In late 1969 they decided they needed a bass player and asked Vic Faulkner to join the band. They taught him the bass and he did his first gig in November 1969. Mick was the bands agent.

From April 1970 the band got a new agent Eva Hall. Her daughter Caroline was a singer and it was decided that she should join the band. The band was renamed 'Caroline Hall and The Age'. They continued gigging, doing talent competitions, played in front of the Queen at the Royal Albert Hall and appeared on the Childrens TV Show 'Magpie'. Caroline left in January 1971.

In 1971 Bob, Keith, Vic and Jeff met their manager David Blaylock, former road manager with The Zombies. The band was renamed Hello.
It was while gigging at the Rolling Mills Club in Edmonton, London that Songwriter/Musician Russ Ballad (Argent) was first introduced to the band. After this meeting David came with Russ to see them again at Jeff's Mums house, where they rehearsed, and began writing songs for the band.

Alongside bands like Sweet, Slade, Gary Glitter, David Bowie and others were instrumental in the rise of Glam Rock in the 70’s

The front room of a suburban house is hardly the best setting for any group, but Hello's performance in their drummer Jeff Allen's home was enough to convince Russ Ballard of Argent that they had something special to offer. Now he writes for and produces the group, and in fact wrote 'You Move Me' (a single that received a lot of airplay), specially for them.

David Blaylock, who previously worked for Chappell's, the music publishers, was also present on that occasion, and now manages the group. 'They're not a commercial pop group,' he says, explaining his reasons for banking his hopes on Hello. 'They've played colleges, but there's no doubt at all that they have a tremendous appeal for teenyboppers.'

The group's appeal is easy to see. They are all only sixteen themselves, and not only do they play a good variety of music with considerable guts, but Jeff Allen, Keef Marshall, Vic Faulkner and Bob Bradbury, also have flair on stage.

'We didn't used to leap about so much,' says Bob. 'But when David started to manage us we gained more freedom, used more lively music and we feel like jumping about.' It was from their manager's record collection that the group extracted some of the rock & roll numbers that they feature on stage. But in early years several of Hello worked together as a mime group - which meant using mock guitars and miming to the latest pop records and in fact won several local competitions.

Now Hello are much more vocal and keen ears have spotted their talent. In fact Alan Freeman is full of praise for them; and himself he visited a Barkingside school to witness one of their live performances! 'I think they're excellent,' says Alan, And certainly they're no ordinary group. At sixteen they are already capable performers and have been working for three years though hindered by their schooling, which all but Vic have now left behind.

All through their career, even when semi-professional, they have found managers eager to snap them up, and under the guidance of one early manager they worked with a girl vocalist, making appearances on clubs, as well as at the Albert Hall during a fashion show!

With their success at capturing a recording contract with Bell Records, and the enthusiasm that they have been whipping up, Hello have also caused a spate of semi-pro groups to occur in their home area of Wood Green and Tottenham. 'I think they probably want to be like us,' say the group. And it's something that more people could be feeling in time to come. So look out for Hello's new single, due soon, on the Bell label.

Of all the 1960s British beat-groups, the most undeservedly unsuccessful were The Zombies: 'She's Not There' may have been a huge hit in America and may be one of the great golden oldies, but it didn't even make the top ten in Britain. And their classic second album Odyssey and Oracle had to wait for years before its status was properly acknowledged. I know this hasn't got much to do with the 1970s, but I wanted to make the point anyway: they were truly brilliant and Colin Blunstone is still one of the great vocalists in British pop.

The tenuous connexion is that David Blaylock was The Zombies' tour manager and it was at the wedding of an erstwhile Zombie that he first met Russ Ballard, then singing with Rod Argent. Ballard was a budding songwriter, Blaylock was working in publishing and the two decided they should find a band to work with, who could play Ballard's songs and be managed by Blaylock. The group they found were Hello, who were promptly signed to Bell Records.

Hello made genuinely good records, but they never enjoyed the success they deserved. They managed only two hits in Britain - a cover of The Exciters' 'Tell Him', which they borrowed from The Glitter Band's Hey album, and Ballard's classic 'New York Groove'. In Germany they did much better, but perhaps over here they were seen as a bit of an afterthought: Bell were incredibly successful, but they weren't a big company and they already had acts like the Bay City Rollers, Showaddywaddy, The Drifters, David Cassidy, Gary Glitter and The Glitter Band. As Blaylock says, in this kind of company, 'Hello were always the bridesmaids, never the brides.'

Luckily, however, their recordings were owned by Blaylock's own company and were then licensed to Bell. The result is that of all the acts on that label, Hello are better represented on CD than just about anyone: there's masses of stuff out there, which is almost invariably wonderful. Apart from the reissues, I'd recommend Glam Rockers, a 1996 album by Hello - though featuring only Bob Bradbury from the original line-up - on Blaylock's own Arrival Records. I know that re-recordings aren't always up to much, but this one's cracking, particularly the glammed-up version of David Essex's 'Rock On', which I defy you not to love. Take my word for it, this is good stuff: it sounds like a garage band with attitude taking on the glitter legacy and wiping the gutter with it. 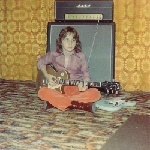 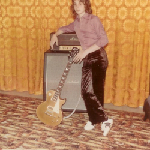 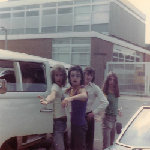 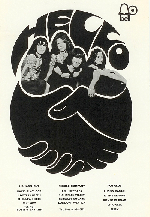 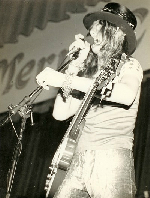 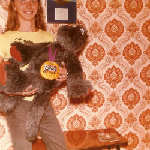 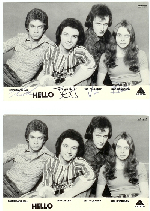 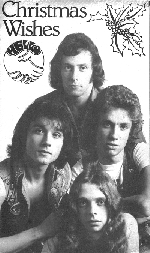 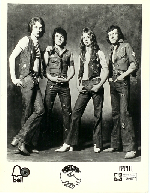 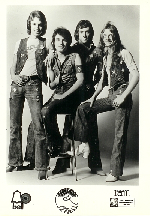 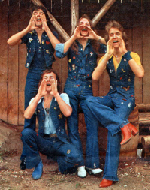 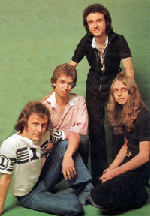 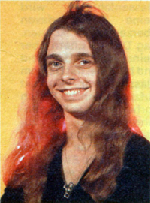 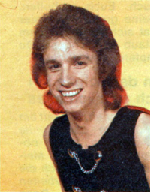 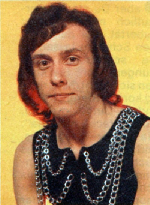 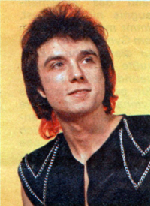 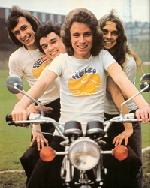 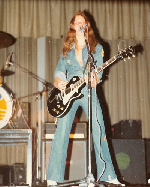 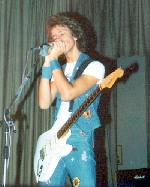 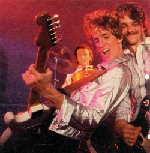